MWIA warmly welcomes new Board Directors and members of the MWIA team. MWIA is driven by a diverse group of talented individuals, each of whom brings a unique skillset and wealth of knowledge to the team. The leadership team, directed by Executive Officer Kim Nass, and guided by a Board of Directors, implement MWIA’s strategic plan and provide guidance for the organisation’s core work.

Mary is Director of Development at Kincoppal-Rose Bay School and a member of the School Leadership Team. She has over 20 years’ experience in fundraising for bursaries and capital works.

Mary first came to Kincoppal-Rose Bay as Careers Advisor in the 1980s, a position she returned to in 1991 through to 1994. Mary then ventured in a different direction, moving on to Director of Development at Loreto Normanhurst, Development Officer at the University of Sydney, and then back to Kincoppal-Rose Bay in 2007 as Director of Development. She gained further experience in fundraising as a volunteer with the Victor Chang Cardiac Research Institute Fundraising Committee and the Fundraising Committee for Catholic Health Care. She was also a member of the Joan Sutherland & Richard Bonynge Foundation.

The role of Director of Development at Kincoppal-Rose Bay is multi-faceted, and includes fundraising for building programs and bursary funds, community building and fostering relationships within the school community, public relations, school publications, and promotions. Mary has worked with volunteers to raise funds for a number of capital developments, most recently the Year 12 Learning Hub and raising money for bursaries for country students, many of whose families are severely affected by drought.

Chris is an experienced practitioner in international development and humanitarian assistance. He worked as a Jesuit missionary in rural and social development in Indonesia for 15 years, directed an Institute for Social Justice run by the Jesuits in Melbourne for five years, and was Manager of International programs for Australian Volunteers for 10 years. He has advised on the design, implementation and evaluation of projects in health, education, water supply and improving democratisation for the past 22 years across Africa, Asia and the Pacific.

In recent years he has been working with Faith Based Development Agencies to design and monitor programs that help communities benefit from government services including health care, water, sanitation and hygiene, and basic education. Chris was on the Board of Jesuit Mission for seven years and acting CEO of Jesuit Mission during its transition to greater lay leadership.

Since retiring, Chris has been lecturing, advising, writing and acting as Convener of the Friends of Baucau, and was recently recognised by Darebin Council with an award for Lifetime Achievement in International Development with a particular focus on Timor-Leste.

Leoni’s background is in education and leadership. Leoni was the first lay principal of Loreto Normanhurst (1994-2008) and led the school through a strategic reinvention process. The school has since been widely acknowledged for its work in reinventing schooling to meet the needs of its students. After leaving principalship, Leoni established her own consultancy business and worked across and beyond Australia with corporate and not-for-profit organisations, as well as with schools and school systems, in areas related to learning, leadership, strategy and organisational change. She continued and expanded this work as Dean of the AIS Leadership Centre (2011-2016).

Leoni has been a member of a range of educational boards, commissions and committees, including the National Catholic Education Commission (NCEC); the National Board of the Association of Heads of Independent Schools of Australia (AHISA); the Loreto National Education Board and the National Council of Caritas Australia.

Leoni continues to work with school leaders, particularly through her work as Emeritus Dean of the AIS Leadership Centre within the Association of Independent Schools of NSW.

Michelle has 25 years’ experience specifically in fundraising within the International Development not-for-profit sector and has been the Fundraising and Marketing Coordinator at MWIA since May 2019. Most recently she was the Major Gifts Director at Opportunity International Australia. Michelle directed the fundraising strategy and led the Supporter Relations team which cultivated emerging partnerships with major donors, corporates, trusts and foundations nationally.

Michelle previously served at World Vision Australia for 21 years in various fundraising and leadership roles with her final role leading the Major Gifts team as the National Philanthropy Manager within the Major Supporters division. In her early years, she was awarded a World Vision Youth Ambassador scholarship to represent Australia in Asia. Michelle holds a Business Marketing degree and has extensive experience in event management, the supporter partnership and engagement journey, hosted overseas supporter field trips, and volunteer management. 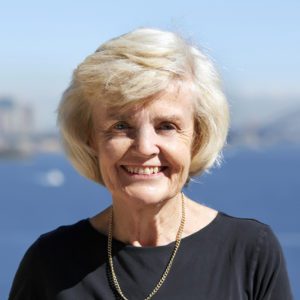 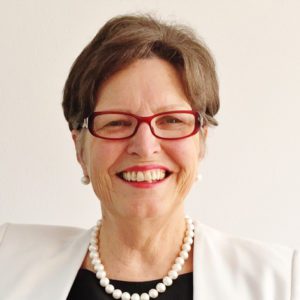 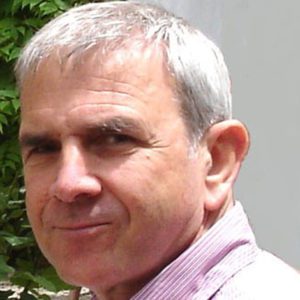 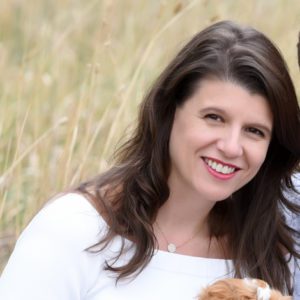 Always remember, as you leave Loreto: you are part of something much greater, in so many ways.