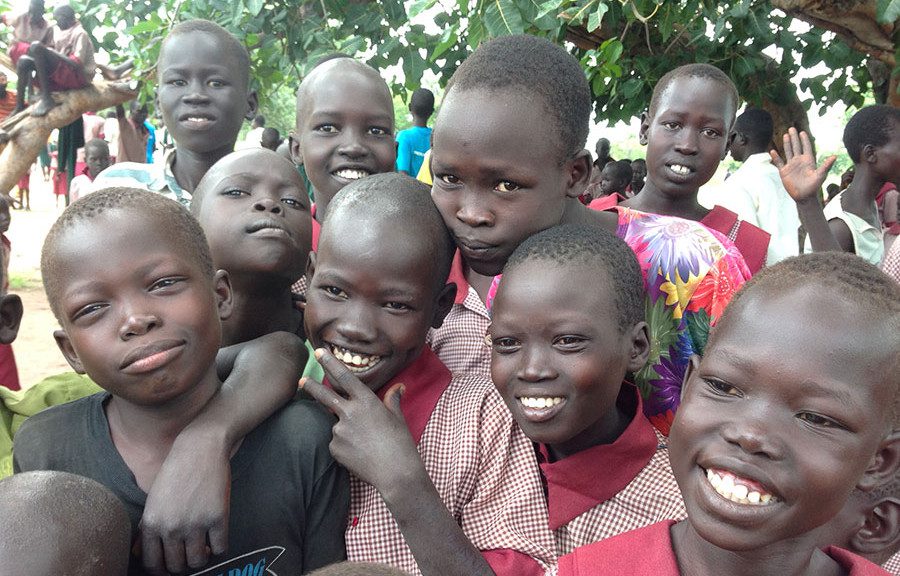 Loreto Rumbek is making a huge impact with the quality of education it delivers despite the internal fighting which continues five years after independence brought an end to 20 years of civil war with the north.  Loreto Rumbek has two schools: a day primary school for 542 boys and girls; and a secondary boarding school for 201 girls. Loreto also offers a Masonry Vocational Training Program, amongst other Accelerated Learning Programs, which MWIA is proud to support. This project aims to improve employment opportunities for females in a traditionally male dominated profession.

Through this program Loreto makes its own concrete blocks for future construction. 15 senior girls stayed behind over the recent holiday period to participate in the Masonry Vocational Training. On the first day they made 300 blocks, 50 more than the men!

Australian Loreto Sister Maureen Burke recently returned from Loreto Rumbek, where she has been volunteering. Having worked in western Sydney, with many families from South Sudan, Maureen was drawn to offer her skills, for a few months each year, teaching students in their war-torn homeland. Each day they pray for peace and just leaders. Below Maureen pens her experiences:

My remit has expanded to include physics and chemistry: the physics is a joy, the chemistry is straining my brain. Recently, I was helping a student, Abuk from Yambio, with a question about sinkers, water and corks. After explaining the use of sinkers when fishing – irrelevant and meaningless – Abuk asked, “What is a cork sister?” What am I doing? How can I teach? Our world is on another planet. So we went to the lab to find a piece of lead and a cork. Neither could be found. Last night another Sister found an old cork in the back of a drawer. The next day when I gave it to Abuk it was like an early Christmas present. Oh, what I wouldn’t give to have a container of resources – of very simple things.

I took a photo of Abuk at marching practice as they were getting ready to celebrate Independence Day and the whole school marches into Freedom Square in Rumbek. The students have organised practices after school for a few days now. They love marching. When I asked why they only swung one arm I learned “so you can carry your gun in the other”. I should have known. To add to the limited resources I made a class set of Tangram puzzles to extend the students ability to see shapes. The kits are so successful that I use them as bribes. The students want to keep a set but I want to use them for other classes when a teacher is absent.

We have finally learned the truth about the troubles in Wau, caused when rebels attacked the army. The government is claiming 40 deaths but the true number is at least 400, including civilians. There are also 40 children missing with no information about why and where. Many homes were destroyed causing 70,000 people to be displaced. We were told that the Jesuits who ran a school there (it has since closed), were arrested but released when it was discovered they were priests. Wau is about 200 kilometres from Rumbek which is at least six hours away so it is further than it seems.

Meanwhile we do maths under trees, look for corks, wear wellies and eat beans and rice. 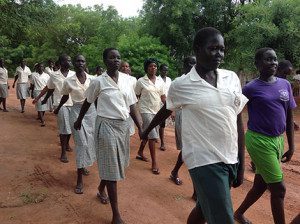 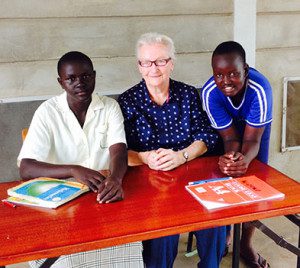 Young female adults boarding at the Loreto Girls Secondary School and youth from the Rumbek area will have the opportunity to participate in a three-month vocational program to learn the skills of brick-making and laying of foundations and superstructures. This program allows females to explore a traditionally male dominated profession which will significantly improve their employment opportunities and income earning potential.

The diocese of Rumbek also incorporates part of the Diocese of Wau, covers an area of 120,000 square kilometres and embraces a population of approximately four million people. Loreto Rumbek is the only all-girls’ secondary school in that population which opened in 2008.

By boarding the students, the school has greatly reduced dropout rates due to early, forced or child marriages, and has eliminated any chances of teen pregnancy while at the school.