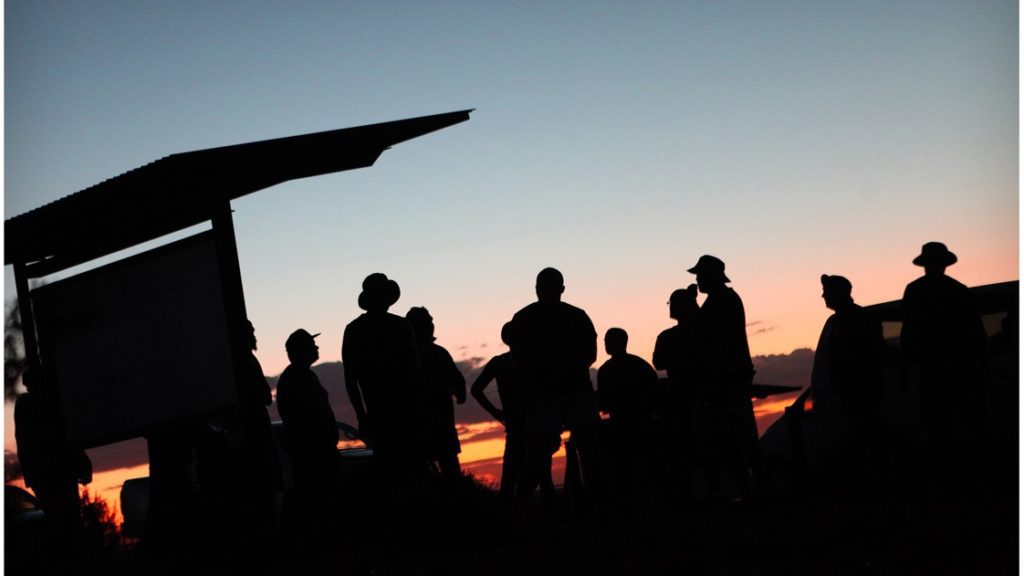 In partnership with CatholicCare and Jesuit Social Services MWIA supports two important community building projects in Australia by working collaboratively with the locals in remote areas of Australia to support Aboriginal men who have been affected by intergenerational trauma, hardship and are disconnected from their culture.

In partnership with Jesuit Social Services Despite considerable investment from all levels of government, many indicators show that outcomes for Aboriginal and Torres Strait Islander Australians are not improving and there is still a considerable way to go to achieve the Council of Australian Governments’ (COAG) intention to ‘close the gap’ in “Indigenous Disadvantage”. MWIA is pleased to partner with Jesuit Social Services (JSS) which is committed to shining a light on issues of injustice, including the high incarceration rates of young Aboriginal people, and putting forward alternative options that divert young people away from the justice system. Strengthening the voices and sharing the experiences of local Aboriginal people is an enduring strategy that both MWIA and JSS are committed to upholding. The JSS approach to community development is based on a fundamental belief that the community itself can develop its own problem solving and effort sustaining capacities. In the Northern Territory the approach has been grass-roots – relational in nature, informed by a deep respect for Aboriginal sovereignty, knowledge and cultural beliefs, including practices which are important for promoting positive cultural identity, as well as social and emotional well-being for Aboriginal Australians. In partnership with Tangenteyre Council Inc., a local Aboriginal agency established to support a group of local Aboriginal men who live in Town Camps in Alice Springs, the Safe Men: Safe Community Project, aims to:

In partnership with CatholicCare – employment of the Men’s Space Coordinator The Bourke Men’s Centre was born as a result of the MYI Consultation Project which MWIA funded last year. The project aimed to grow the capacity of Aboriginal leaders by assisting them to design, develop and deliver consultation projects in their local communities. With over 31 percent of the Bourke population identifying as Aboriginal or Torres Strait Islander, the MYI Consultation Project highlighted that Aboriginal men in the community fell into three categories: The Bourke Men’s Centre Project will have an emphasis on men who are disengaged or at risk of disengagement. It aims to reach a minimum of 30 percent of the adult male population in Bourke. It is estimated that up to 100 men will directly benefit from this project. The program is driven by the men themselves which gives them ownership of the activities that are provided. Because of their participation in a range of activities offered, the men will gain a sense of connection, build trust and feel safe to unpack issues impacting them and their families and engage in individual and group-based activities towards change and healing. This will be reflected in tangible outcomes such as making healthier choices, responding differently to challenging situations by applying stress management practices, having improved relationships with their families and embracing leadership roles. By becoming part of a volunteer network, which will be managed by the Centre Coordinator, the men will be able to apply their skills and increasingly hold ownership of the project. These Australian projects are vital to improving the safety, well-being and long-term educational outcomes of the communities through the strengthening of male leadership. With the right support and guidance breaking the cycle of disadvantage is possible.
Back to News