A Girl Who Jumped All the Hurdles to Success 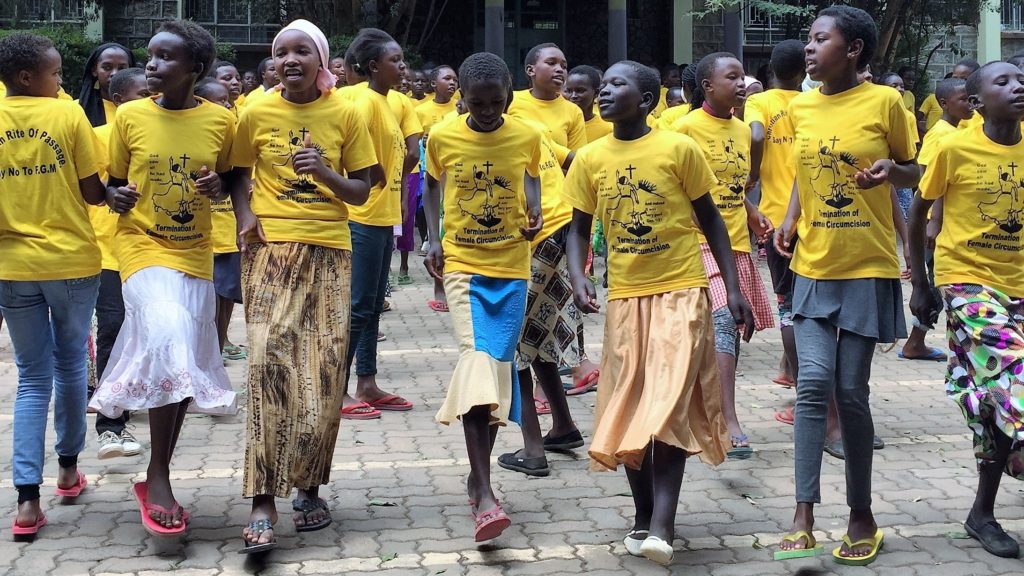 Talia was born and raised in a community that believes in Female Genital Mutilation (FGM). Born into a family of three children she was raised by her mother, after being abandoned by their father when they were young. Talia’s mother moved the family from their rural home to Nairobi in search of work, but could not secure employment in the formal sector, since she had no education.

Talia’s mother was very traditional and believed that her two daughters would make good wives if they underwent the cut, a cultural practice that facilitates a girl’s transition from childhood to adulthood. When Talia was in class three, her mother began to talk to her about the customs and culture of their community. She was often heard telling her daughter to be careful and not be seen in the company of boys. Towards the end of the term, a friend of her mother’s started to frequently visit their home and took a keen interest in befriending Talia. Talia became concerned by this.

When she was in class four, her mother started teasing her that she was big now and needed to be prepared to become a mature girl. Talia’s concern increased, as she didn’t understand the meaning of her mother’s veiled words.

One of the teacher’s in Talia’s school had attended an FGM training session run by Loreto Sister Ephigenia Gachiri. She used the information she learned in the workshops to sensitize girls to the practice and what it entailed. Talia shared her concerns regarding the changes and discussions that were going on at home with her teacher. Her teacher listened closely and encouraged Talia to continue updating her. By this time, Talia understood what FGM was, the harmful effects it had on girls, and the consequences of undergoing the practice. Talia decided that she would not undergo the cut, but her dilemma was where she was going to hide from her mother, since she wanted to continue with her studies.

Towards the end of the year, Talia’s mother informed her that she was going to be cut. Talia was terrified and urgently needed help fleeing this. She informed her teacher who didn’t know at the time who to refer Talia to. She promised to speak with Talia’s mother and attempt to persuade her not to subject her daughter to FGM. Talia’s mother was hostile and threatened to take her out of school.

One evening, Talia’s mother made arrangements with her friend to take Talia upcountry, where she was to undergo the cut and be transferred to a school there. Talia overheard this discussion and fled to her teacher’s house. Her teacher was shocked to see her so distraught and decided to do whatever necessary to protect Talia from undergoing FGM. She informed the head teacher at the school and shared her plan to take Talia to a rescue centre or boarding school far away. 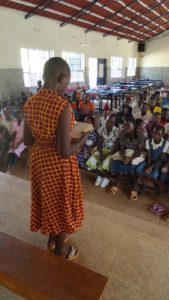 Talia’s mother continued her hostility towards Talia’s teacher, accusing her of stealing her child, and began to organise a group from her community to forcefully remove Talia from her teacher’s home. Talia’s teacher engaged the area Chief.

With help from the chief and church, Talia’s teacher managed to enrol her in a boarding school that she was taken to in secret. The chief cautioned Talia’s mother not to cause trouble. Talia remained in boarding school, sat for her primary level examinations, and passed with top grades. She was offered a vacancy in a very good secondary school that also shielded her from her mother.

Talia’s teacher approached her mother and shared Talia’s success story. Talia’s mother had since mellowed and was keen to see her daughter. By the time she sat for her secondary level exams, her mother had changed, promising not to subject Talia to FGM.

Talia passed her exams and qualified to enrol in a university. She is currently pursuing her degree in education. She plans to work in her community and advocate for girls to be protected from the cut and receive continuous support so they can complete their education. Talia’s mother now speaks against FGM. She is very proud of her daughter and has become a good friend of the teacher who rescued Talia and supported her education.

Talia has become a role model to other girls in her former school. She regularly visits and hold talks with the students on the importance of education.

* Talia is not the real name of the girl. The name has been changed for confidentiality and permission obtained to profile her case.