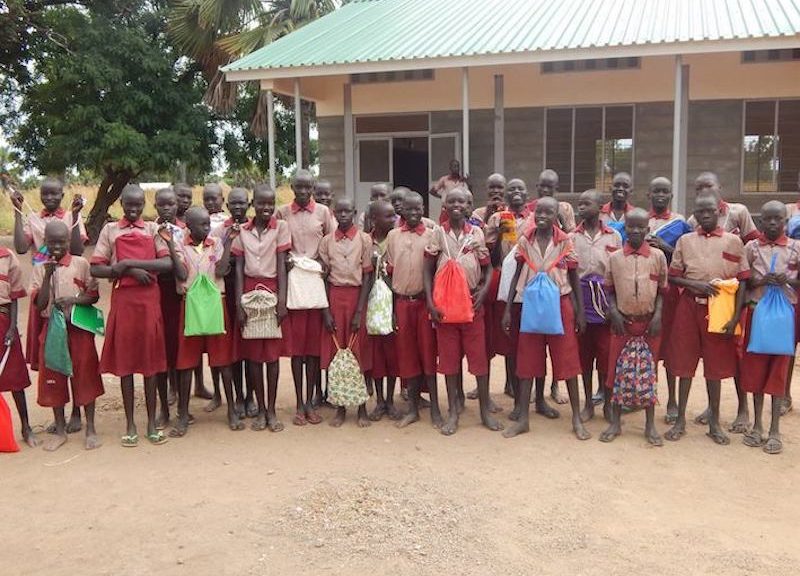 Child and forced marriage remains a widespread practice in South Sudan, rooted in cultural and traditional beliefs, rather than religious, with 52 percent of girls marrying before their 18th birthday. Generally, these marriages are arranged by the families within and across tribes.

As an indirect consequence of the ongoing conflict in South Sudan, coupled with starvation and a financial crisis, child marriage is not only common but has been on the increase over the last three years. Arranged marriages provide a vital revenue stream for families, including cattle, money and other gifts for her hand in marriage.

“To understand why child and forced marriage is so prevalent it is important to appreciate how under-developed the country is: there is little education, no city power or water, and health care remains inaccessible to millions in South Sudan,” says Loreto Sister Orla Treacy, Principal of Loreto Secondary School in Rumbek, the region’s only all-girls boarding school.

In response to the growing crisis Loreto Rumbek implemented a Child Marriage Agreement nine years ago requiring each student’s guardian to sign a form at the time of enrolment promising not to remove the child until graduation. By doing so, Loreto Rumbek has grown to become a women’s refuge educating 251 resident senior girls and more than 900 boys and girls in their primary day school.

“Now, everyone knows that when your daughter goes to Loreto Secondary School she will not be married for at least four years,” says Sr Orla.

When the agreement began, around 50 percent of the girls were being taken out of the school for early marriage. Last year the number dropped to less than three percent. Of the dropouts, none were forced marriages, instead, it is believed the girls left the school to be married willingly. However, there are still questions about the girls’ ability to consent and/or issues of coercion.

If any of the girls resist early marriage the school provides them with financial, educational, social and psychosocial support for as long as needed. Loreto Rumbek works to educate each girl about her human and sexual/reproductive rights and works with the UN and other NGOs to ensure the school continues to provide a secure learning environment without the threat of marriage.

“At first the local community did not take the agreement seriously however, that has changed over time as the community recognised that the school will use all of its resources to protect the girls from these traditional practices. As long as the girl remains with us, and desires to stay, she will be protected, educated, and empowered,” Sr Orla said.

Out of all the girls that have graduated from Loreto Rumbek almost none have returned to traditional marriage roles. Some are married and having children, while many are working professionals.

“We have started to see some changes: the girls that are getting married are often allowed a higher level of input into their marriage as the family is keen to keep them close, where they can access the resources that they are bringing in.”

By empowering the girls academically and professionally the school has created an alternative for families; the girls themselves cease to be a resource and have instead become assets.

When asked if the rate of child marriage at Loreto Rumbek will ever drop to zero percent, Sr Orla responds, “we are optimistic that in the years to come we will be able to eliminate forced and child marriages from Loreto and that the community will follow suit. We just hope that the ongoing starvation and poverty doesn’t cripple our effort.”