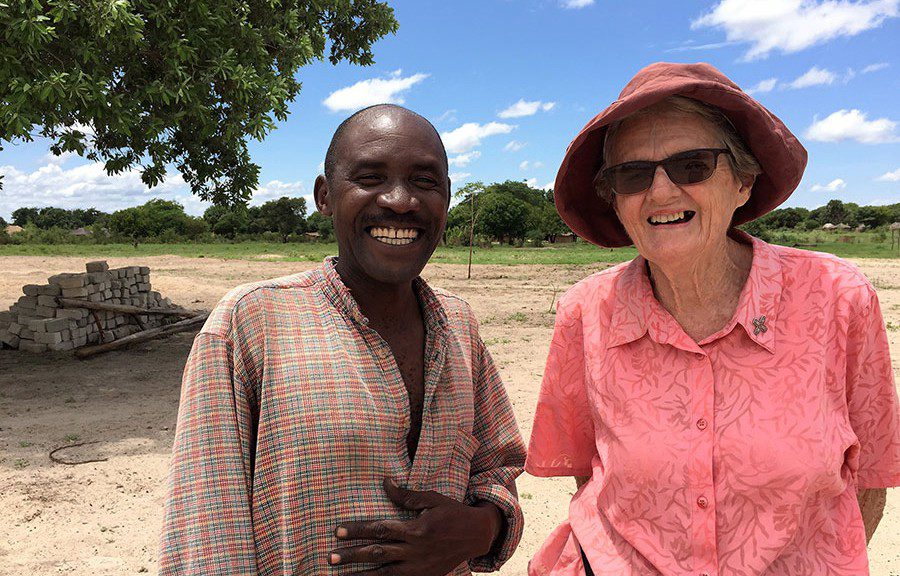 For many years now, I have been passionate about finding ways to support people living in poverty in their efforts to improve their lives. So imagine my delight when an opportunity arose last December to visit three Loreto women, in a remote corner of Zambia, who are focussed on precisely the same goal.

Elizabeth Donnan ibvm, Pat Hanvey ibvm and Lenah Mambo ibvm (originally from Australia, Northern Ireland and Kenya respectively) are shining examples of ‘best practice’ when it comes to listening to and working with local communities.

Getting to their home in Lukulu on the Zambezi River was an adventure in itself.  One or two day’s drive from the capital Lusaka – depending on the rains –  Lukulu is reached by following a series of unmarked tracks across a vast flood plain.  Unsurprisingly, most journeys involve at least one puncture. I watched in amazement, in searing heat, as Sr Pat changed a huge tyre in less than 15 minutes flat!

MWIA has assisted 50 teachers in their efforts to gain a Grade 12 Certificate and enabled 17 others to obtain a three-year teaching qualification.

Over the past eleven years Sr Elizabeth has focussed her attention on education.  In many parts of rural Zambia there are no schools, prompting village communities to attend to this need themselves.  In rudimentary buildings – constructed of bamboo, grass and mud – volunteer teachers, with little education themselves, conduct classes for local children.

To date Loreto has supported more than 20 community schools in the region by sourcing funds from MWIA and other donors to build classrooms, sink boreholes and to supply desks, chairs, textbooks and other educational resources, but arguably the most important contribution has been the community teacher training project.  MWIA has assisted 50 teachers in their efforts to gain a Grade 12 certificate and enabled 17 others to obtain a three-year primary teaching qualification at the Mongu College of Education.

One volunteer teacher, Kanunga Sinengela Abel, was so motivated to improve his qualifications that he sold his bike in order to pay for the compulsory interview fee.  Without any means of transport, he walked 100 km to Mongu and 100 km back!  When he heard that he had been accepted, he asked Sr Elizabeth if he could be given a scholarship, but unfortunately there were insufficient funds to hand at the time.  Undaunted he enrolled in the course and struggled as best he could to cover his basic needs himself.  Abel was eventually awarded a MWIA scholarship and is now in his second year at college.

In the words of Sr Elizabeth, “Rather than introducing our own projects, we attempt to respond to the needs identified by the local community.”  Time and time again, I was impressed by the truth of this statement, as I witnessed the many varied activities taking place in Lukulu.

In addition to the Milk project for orphaned and/or vulnerable babies, with which many readers will already be familiar, Sr Pat is involved in the following ventures:

• Counselling and Testing Centre – Offers testing and counselling each year to more than 2,000 people affected by HIV & AIDS.

• Tuckshop – An income-generating activity which supports other projects

• Construction – Sr Patricia Hanvey has obtained funding and supervised the construction of six health centres and renovated two more.  Once a clinic has been completed, the Ministry for Health accepts responsibility for its operation, providing staff, medical equipment and supplies.

• Home Based Care – 25 Volunteer care givers and 5 nurses visit more than 150 chronically ill people, many of whom are living with HIV & AIDS.  This project is now supported entirely by income from the Tuckshop project.

• HEPS –  The High Energy Protein Supplement is a self-sufficient enterprise which allows eight impoverished women to earn a small income by providing soya bean supplement for babies on the Milk Program, the sick in Home Based Care and others living with HIV
and AIDS.

The interconnection between all these health projects is quite amazing and, in my view, an indication of their sustainability in the future.  In recognition of her tireless efforts, Sr Pat was recently awarded a Certificate of Appreciation by the President of Lukulu District.

I enjoyed every moment of my visit to Lukulu, including the stunningly beautiful sunsets over the Zambezi, and came away full of admiration for the three Loreto women working there; impressed not only by what they are doing but the manner in which they
are doing it. 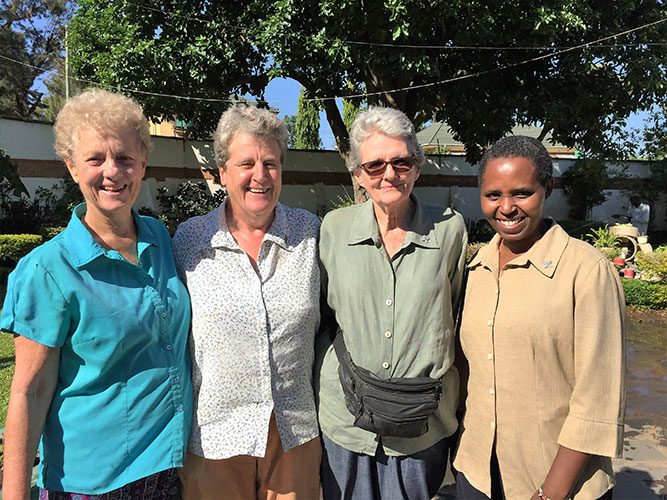 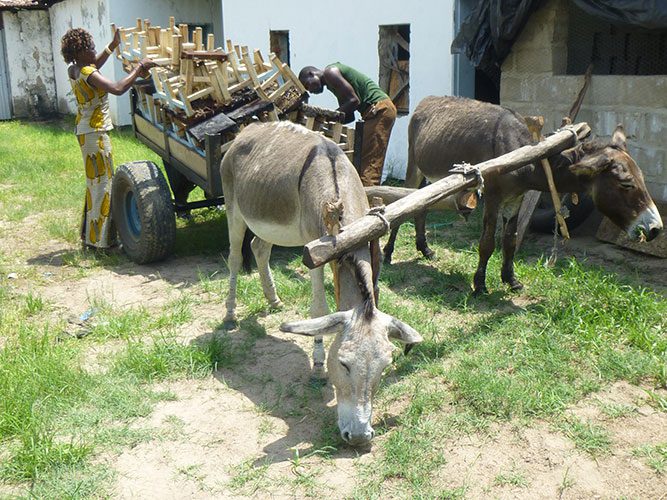