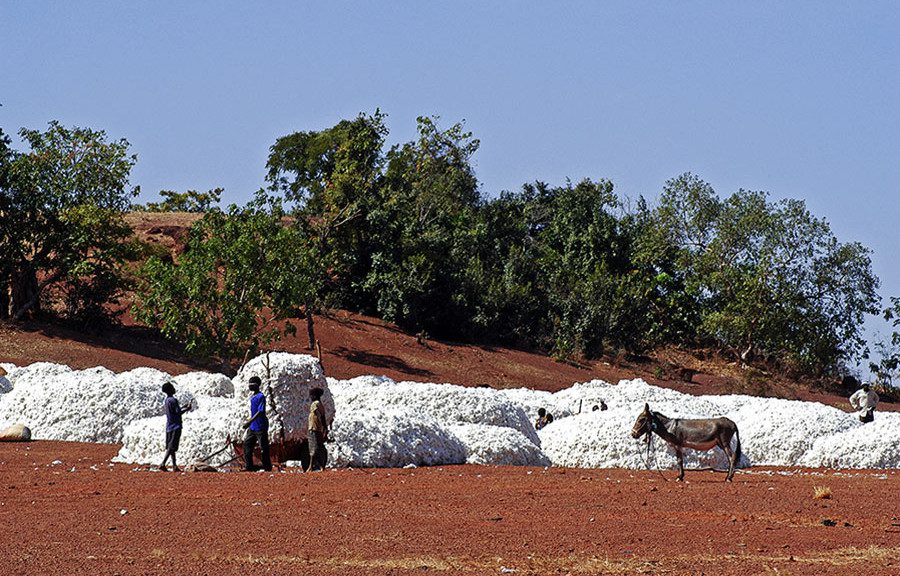 As Christmas approaches with its promise of celebration, gifts and summer, a nagging little question worms itself into my brain:  How can I tell whether the products I’m about to buy have been ethically sourced and produced?

Let’s take cotton for example.  For some years now global markets have abounded in cheap cotton goods, which we as consumers eagerly snap up at ‘bargain basement’ prices. But cheapness often comes at a very high cost in terms of human lives.

Forced labour, including child labour, is alarmingly common in the cotton industry.  Anti-Slavery International estimates that there are at least 12.3 million people whose work meets the definition of forced labour: “All work or service which is exacted from a person under the menace of any penalty and for which the worker does not offer himself or herself voluntarily.”

The Uzbek government compels up to a third of its citizens to work in its cotton fields each year.  This state-orchestrated system of forced labour is a legacy of Uzbekistan’s Soviet past, when harvesting cotton was considered an ‘honourable’ and ‘patriotic duty’ (Cotton Campaign).

Teachers, health workers and other civil servants are expected to work in the fields during the cotton harvest.  All schools used to be closed at this time, so that children could toil as well.  Although child labour was banned in 2014, implementation of this law has been difficult in the face of prescriptive government quotas (Trafficking Persons Report 2015).

While the cotton industry benefits a few large landowners and members of the political elite, the vast majority of cotton farmers live in dire poverty.  Independent union representation is almost non-existent throughout the country.

70% of Uzbekistan’s cotton is exported to China and Bangladesh where it is made into clothes, sheets and other products.

In the past decade, Bangladesh’s production share of the global clothing market has skyrocketed to such an extent that it is now second only to China as the world’s largest garment exporter.  But in the process, Bangladeshi workers pay a very high price.

The Rana Plaza factory collapse in 2013, resulting in 1,100 deaths, drew attention to the appallingly unsafe working conditions in the country.  The 3 million Bangladeshi garment makers, 90% of whom are women, are the lowest paid workers in the world (Reuters, 24 April 2015).  As well as earning a pittance and toiling in unsafe, cramped and hazardous conditions, many are forced to work 14-16 hour shifts in order to meet unrealistic production quotas.

This combination of low wages and lack of regulation ensures that prices remain cheap and continue to attract foreign investment.

And so it is more than likely that my conscience ‘worm’ will urge me to think twice before buying cotton products this Christmas season.  Remember: social change begins when people take small steps, purposefully and repeatedly, in the same direction.

Please note: Every effort has been made to ensure that information contained in this article was accurate at the time of publication and any opinions expressed are those of the author.