Revolution in the Fashion Industry 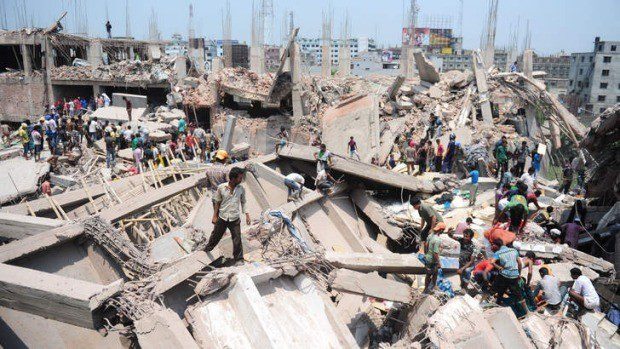 In a follow-up to the article ‘Cotton Field to Closet: Buying Ethically this Christmas’ Loreto Sister Anne Kelly continues her investigation to ensure that workplaces across the world are safe and that employees are paid a just wage.

It’s time to reform the fashion industry!  Did you know that many of the people who make our clothes work in shameful and dangerous conditions for very low pay?

Coming just months after a fatal fire at Tazreen Fashions, also in Bangladesh, which killed 112 workers, this tragedy galvanised public interest, bringing worldwide attention to the death-trap workplaces within the clothing industry across the world.

The Industrial Labour Organisation (ILO) acted swiftly to establish a Trust Fund to pay compensation to the survivors and victims’ families. Most of the brands with ties to Rana Plaza have now made voluntary payments into this fund, although some, such as Benetton, have done so reluctantly in response to vigorous campaigning. www.ranaplaza-arrangement.org/donor

The Bangladeshi Government has worked with the ILO, employers, workers, unions and others to improve the safety and working conditions in its factories, producing a National Plan of Action and an Accord on Fire and Building Safety.  Since the collapse, more than 190 companies have signed onto the Accord including Australian companies Cotton On, Kmart, Target, Forever New, Millers, Katies, Rivers, Woolworths, Bonds, Berlei and Pretty Girl. http://bangladeshaccord.org/

While progress has been made in Bangladesh, much more needs to be done to ensure that workplaces across the world are safe and that workers are paid a just, ‘living’ wage. Companies that have been slow to make improvements in this regard include H & M, Just Jeans, Portmans, Best and Less, Peter Alexander and Lowes.